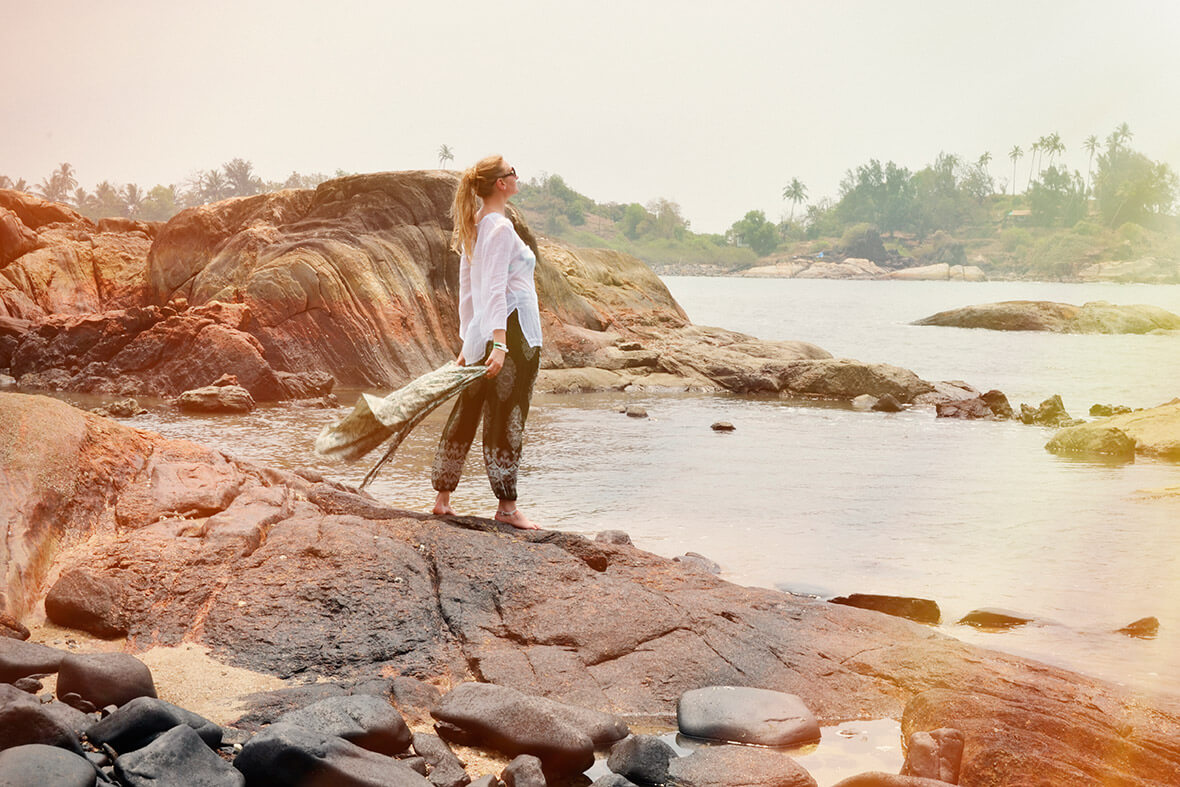 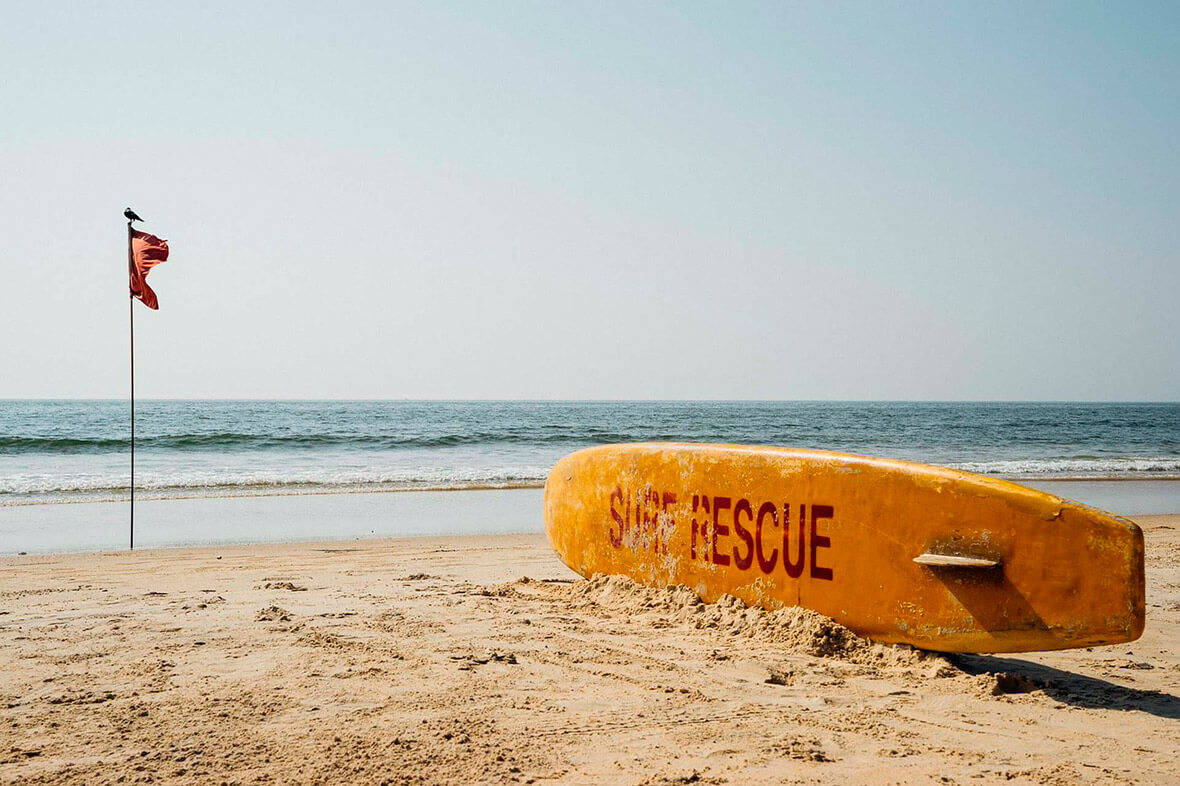 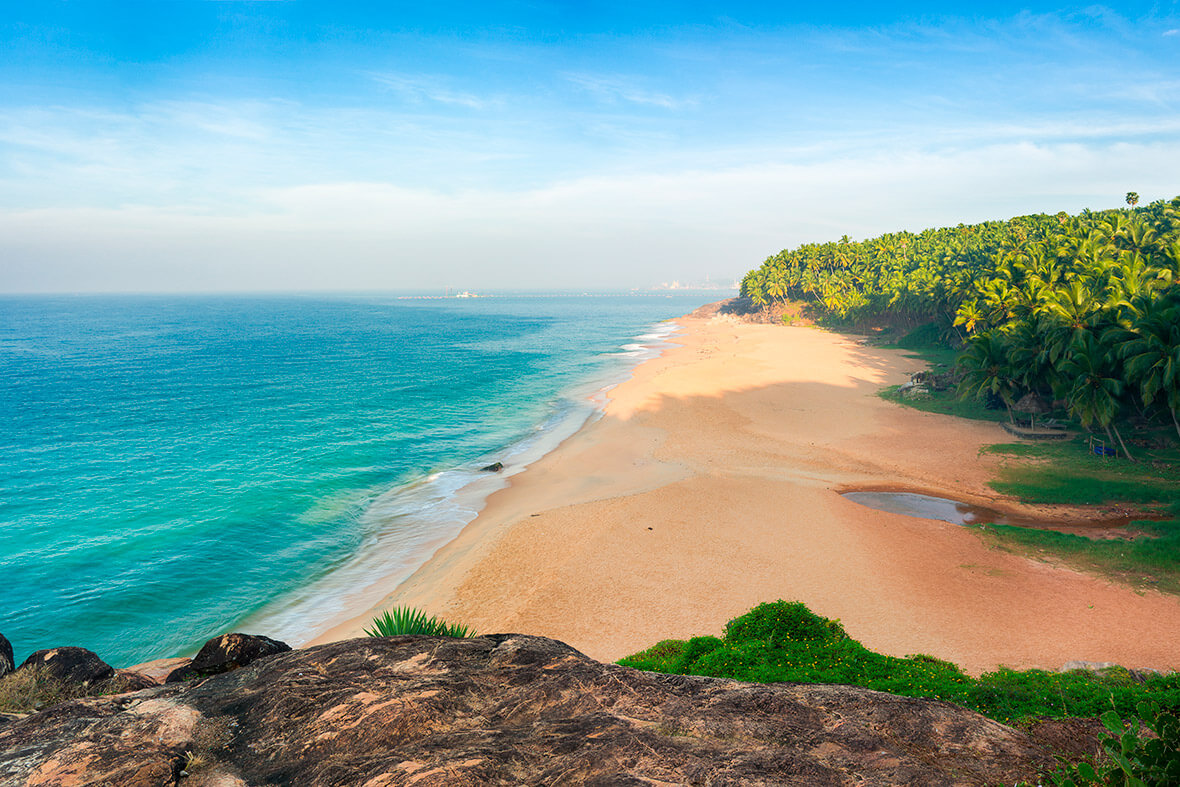 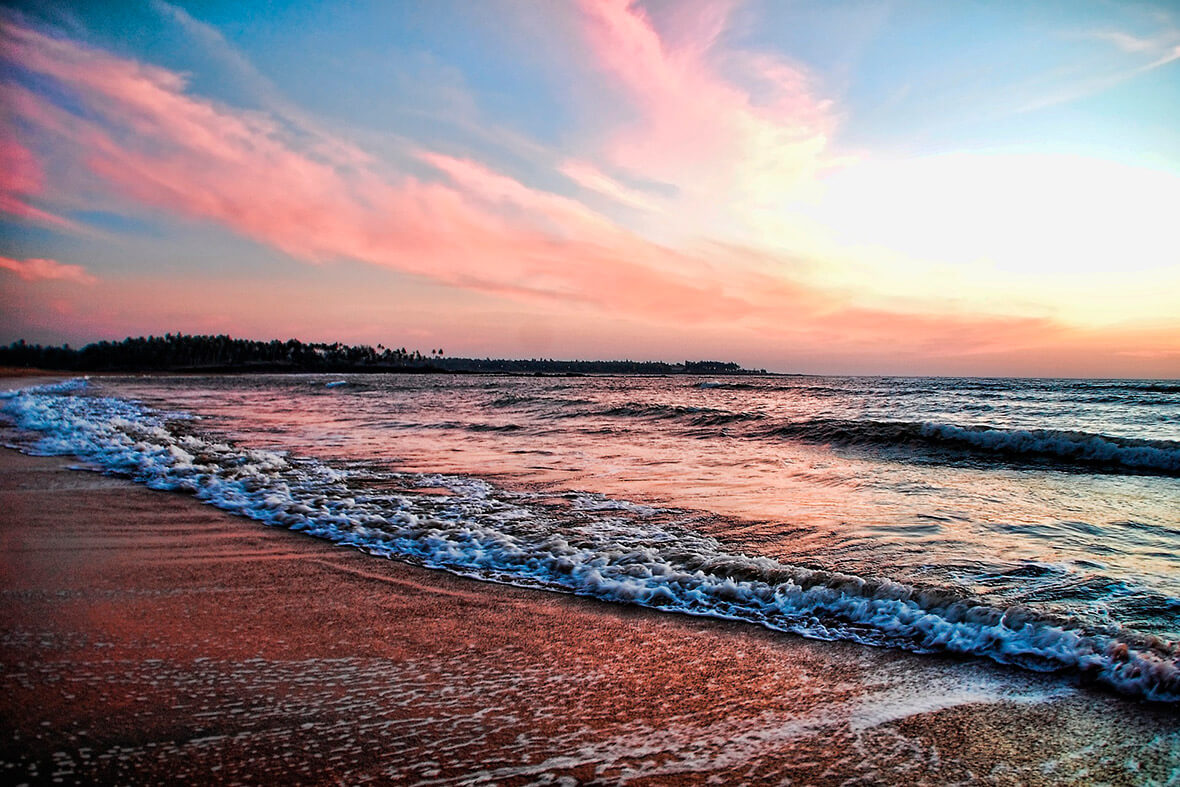 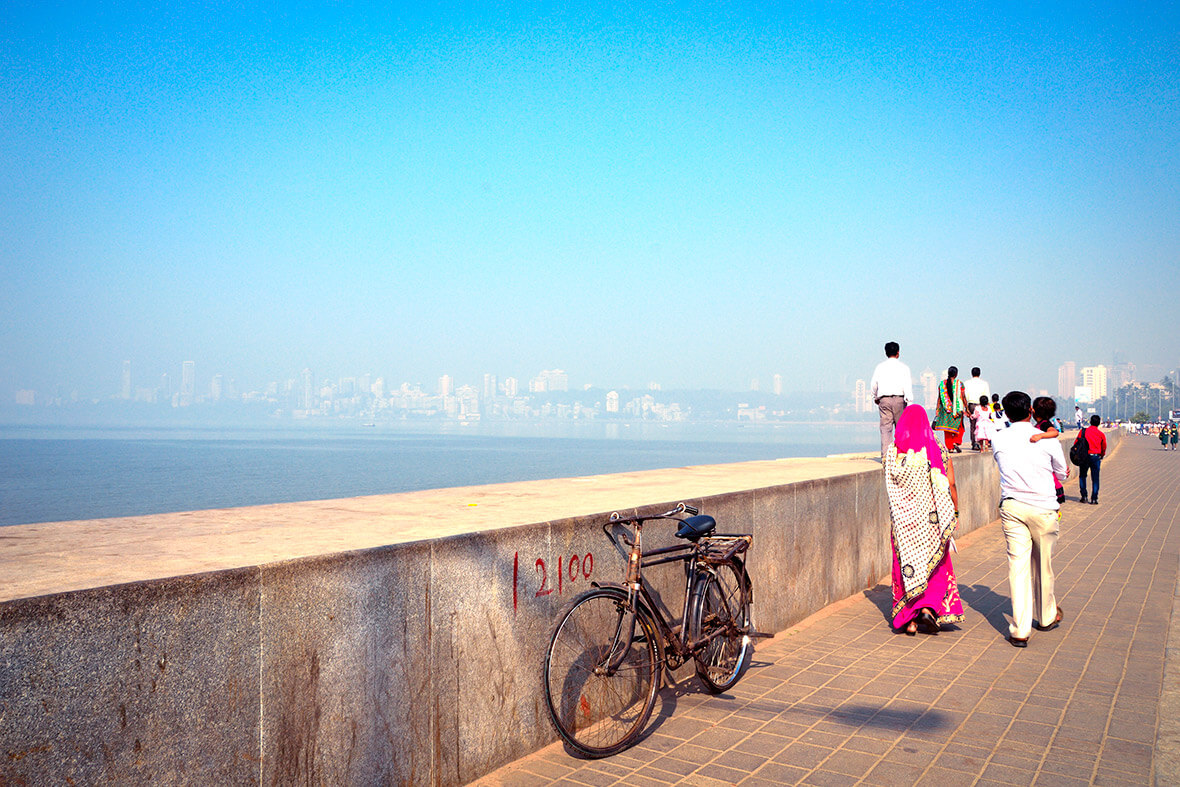 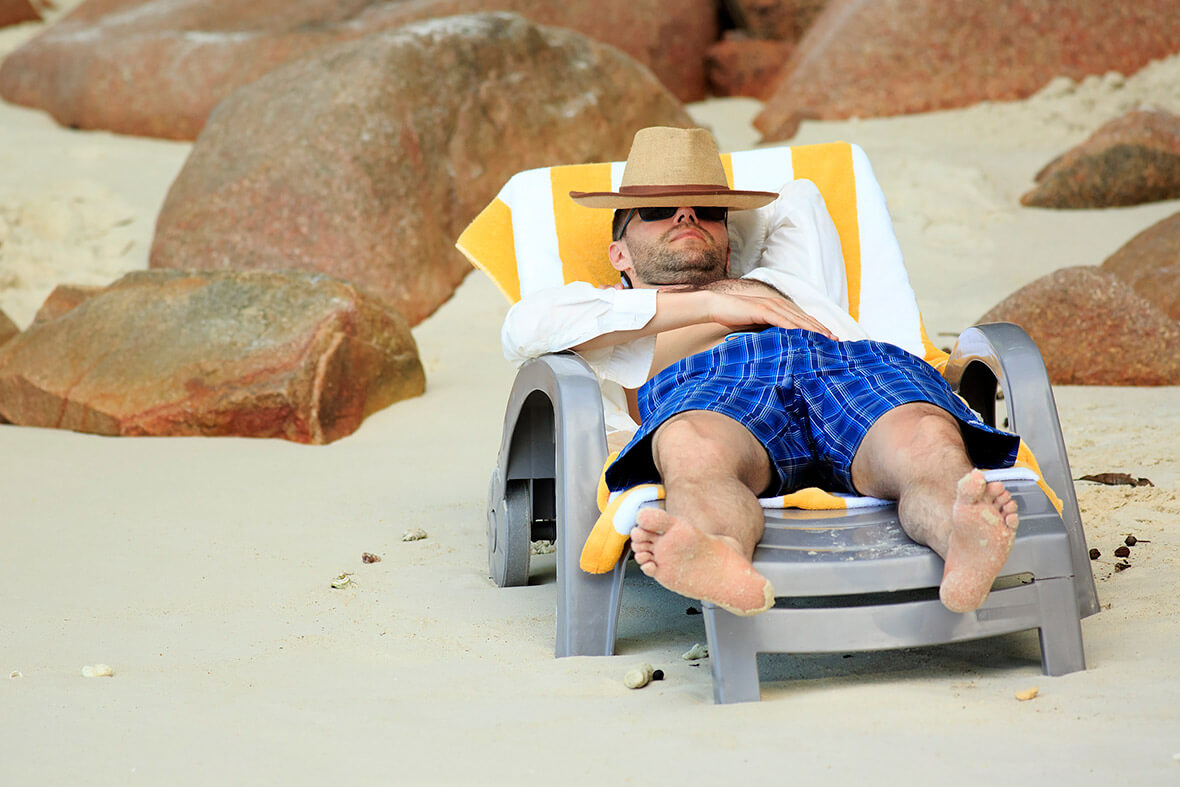 DIVE IN THE BEACHES OF INDIA MAKING THE MERRY!

Sounds like a vacation in the beaches in India, doesn’t it? We don’t know if it’s just us or you see bright colors and a sunny day too when you think of it?

Coastline and beaches in India are nothing short of a miracle.

Put palm trees and coconut drinks on the platter and your travel earns a bumper bonus.

Be that as it may, India is surreally garnished with coastlines on three of its sides. You know where we’re going with this, right? Hit the peninsula already! Oh, and while you’re at it, why don’t you jot down all the water sports that you’d like to experience? We promised you a power package, didn’t we? Now go hurry, pack up all your summer essentials and head straight to Indian coastline and beaches for a perfect tropical travel.

HIGHLIGHTS - I AM INDIA. I AM YOUR TROPICAL BABY!

DESTINATIONS - HOMES TO THE STUNNING BEACHES IN INDIA!

Karnataka is basically a palace for beaches in India. The rugged coastline fringed with palm trees and beaches to enhance the magic of nature bestowed on the state itself is charming enough to make you never want to leave.

Be it Karwar beach for a magnificent view of hills and trees while you relax by the beach or the exotic Malpe beach. It doesn’t get any better. Sounds damn gorgeous? Well, it is!

Be that as it may, we won’t be lying if we tell you that Karnataka has a coastline that is dotted with various tourist destinations as well. Now, isn’t that like hitting the bull’s eye?

Undoubtedly, Karnataka has some best and pristine beaches in India glowing with the shine of their golden sand.

Time to pack your bags for a lavish sunbath, eh?

This perfect date of the golden sands with the wild calls for bird watching and tiger tracing. Drained from the tiger hunt? Then, think no more and head to the ruins at Raj Bagh to click pictures for some bragging rights. Still some time to spare? Well, then shroom your way to the five lakes and Kachida valley. Their aesthetic treats in the middle of the forest will certainly leave you gasping in awe.

Kerala swarms with beaches in India and the coastline adding up to the beauty of the state makes up for an amazing travel destination.

Don’t believe us? You will, once you’ve hit God’s own country on your travel to India.

To be honest, if you’re thinking that’s all to Kerala, you might be in for some wrong judgment.

Wondering what else could there be apart from these breathtakingly beautiful beaches and coastline?

Ever heard of houseboats? That’s exactly what you will find yourself resting in. Glide through the backwaters of Kerala and marvel at the verdure of nature. Let palm trees and big banana trees slap you with pleasant breeze while you make yourself at home in the exotic houseboats of Kerala.

Delighted much? Go ahead; book yourself an overnight stay loaded with traditional mouth-watering cuisine.

Plan to pick up some seashells and plant them in your bags? Hands down, Gujarat is the place to be. With the coastline so long and seashores bright as the sun, Gujarat has some of the most stunning beaches in India. Imprint the sunbath on your mind and take back memories full of water, sky, and sun.

A long stretch of coastline welcomes you along the incredible Arabia Sea? Of course, Maharashtra is totally synonymous to Bollywood but have you ever really wondered what it could have something more to it?

That’s where beaches come to our attention.

From Juhu to Chowpatty, revel in the tropical heat of some of the most calming beaches in India. And if that wasn’t enough, Maharashtra has a loaded package for you.

Bewildered? Why shouldn’t you be when there are history singing songs with the crashing waves? You damn well know where we’re getting with this.

Visit some of the most ancient historical destinations by the beaches to go deep into the past of Marathas.

A package, isn’t it now?

Stare at a canvas of life being painted right in front of your eyes in Goa. Petting some of the most exotic beaches in India, Goa is basically the party capital of the country. Let the beach baby in you out and about Morjim, Calangute and the likes of them.

So you think that’s all to Goa? Well, just so you know, you’re in for a bomb nightlife.

Party and let the sound of waves be your lullaby when you can’t take it anymore.

Let those hammocks be your bed while you sip in those cans of beer. Also, it would definitely not hurt trying some of the best local seafood and sipping in some Feni by the golden sand under the crimson sky. Oh, you can’t wait to hit Goa, right?

Dive right in the blue awakening of Bay of Bengal through the islands and beaches of Andaman and Nicobar.

Are you the one to be mesmerized by vibrant coral reefs?

Are you the one to be mesmerized by vibrant coral reefs?

Well, then Andaman and Nicobar islands will give you an odd sense of contentment through the water sports that they have on a platter for you.

Furthermore, go snorkeling and interact with the lives under water and surprise yourself with the intensity of love you’ll come to develop for them.

A calm cool canopy shading you from the tropical heat while you sip in some juices and relax on your front. Isn’t that what you dreamt of for when you travel?

Let Andaman and Nicobar take you back with some of the most spectacular beaches in India. Island life is the life.

BEST OF BEACHES TO VISIT

Are you a solitude lover? Well, then pack your bags and head to the solitary confinement of one of the most surreal beaches of India – Agonda beach in Goa. Surf, bathe in the sun or ravel in the white sands of this majestic beach. Whatever sails your boat! (Quite literally) This one’s all about peace and contentment.

Andaman and Nicobar islands have some of the most pristine beaches in India and hands down, Havelock Island beach is one of them.

March to the beach in its secluded home and unravel the mystery of such magically clear water garnished with comforting and warm white sand on to its sides.

Be prepared to bask in peace and serenity of such beautifully bounded piece of land.

If a tight power package of bliss is what you’re looking for then you mustn’t shy away from the paradise of the south – Kovalam Beach in Kerala. Bask in the clear blue skies and even clearer water amidst the southern breeze slapped by tall palm trees and coconut trees.

That’s not all to it, folks.Why don’t you lie down and let experts in therapeutic massages and spas take care of you? Ah, what a catch.

The marine beach lined with a road stretching 3 km at its bay is a breath-taking sight. Smacked right in the middle of the city, it observes a decent footfall from all over the globe for its beauty and magnificence.

Care to rest at its bay at night when the whole ambiance is lit with awesomeness?

It’s called the perfect necklace for a reason, folks. Check out why!

Blending religion with a beach is Gokarna’s expertise. Confused, eh? Chill at one of the most pristine beaches of India while you jot down the temples that you’ll be visiting on your travel. Only that they actually dot all around the beach itself. Interesting, much?

Grab your books and hop on the hammocks while you sway and chill all through the day on your own terms. Damn right, pure bliss. Isn’t it, now?

THE SHADES OF RURAL TRAVEL IN INDIA

Do smooth roads, mystic scenery & serene temples entice you? Book our Best of Southern India Tour for all this & charm your way into this colourful land .

Tour the popular corners of India with our Iconic Trip to India. Ride camels, visit palaces, watch sunset on ghats & see temples with this perfect itinerary.

Trip To North And South India

The treasures of North India & the pleasures of the South await on a trip to North and South India. Plan a trip around Delhi, Agra, Rajasthan & Kerala here.

THE SHADES OF RURAL TRAVEL IN INDIA